Reinhold Hanning was born on 28 December 1921 in Helpup, Germany. He grew up in Lippe where he attended elementary school. He then worked in a bicycle factory.

Hanning joined the Hitler Youth at the age of 14, and subsequently the Waffen SS, the armed wing of the SS in 1940, at the age of 18. He was sent to the concentration camp in Auschwitz in January 1942, after having been wounded in battle and having been declared unfit for war. In June 1944, he was transferred to Sachsenhausen concentration camp. Hanning became a prisoner of war in May 1945, and was released on 20 May 1948.

Hanning was accused of serving as a guard at Auschwitz from January 1943 to June 1944. As an Unterscharführer (junior squad leader), Hanning was allegedly responsible for guarding transports of people entering the camp in Nazi-occupied Poland.

Hanning was allegedly present at the death camp during what became known as the “Hungary Operation”, the period from May to June 1944 when over 430,000 Hungarian Jews were deported to Auschwitz and over 300,000 were gassed on arrival. The operation consisted of separating those able to work from the others (mainly elderly, sick, pregnant women and children), and sending the latter immediately to the gas chambers to be killed.

According to his indictment, Hanning, in his function of guard, was aware of the commission of the mass shootings taking place on a regular basis in the camp, and allegedly aided in the prisoner selection process.

In 2013, the German federal prosecutors from the special office in Ludwigsburg opened an investigation into Hanning’s involvement in the crimes committed in Auschwitz.

On 10 February 2015, the German Prosecutor charged Hanning with aiding and abetting in the murder of at least 170,000 people between 1943 and 1944. The Prosecutor argued that Hanning must have known of the killings taking place on such a regular basis in the camp, and therefore supported or at least facilitated these killings through his function of guard.

On 18 May 2015 Hanning’s counsel argued that he was not fit for trial due to his old age. On 3 November 2015, after having commissioned a specialist in psychiatry and geriatrics to examine Hanning’s mental and physical capacities, the District Court in Detmold nevertheless deemed him fit for trial, but ordered to limit his appearance at trial to two hours a day.

The trial began on 11 February 2016 before the District Court in Detmold. Hanning acknowledged serving in the camp in Auschwitz, but pleaded not guilty, arguing that there was no evidence of his direct involvement in any individual criminal act.

On 17 June 2016, the Court found Hanning guilty for aiding and abetting in the murder of more than 170,000 people, as he was aware of the crimes committed in Auschwitz. He was sentenced to five years in prison.

Both Hanning and the plaintiffs filed an appeal against the verdict before the German Federal Court.

After the Second World War numerous trials against war criminals and those responsible for Nazi crimes took place in Germany and other countries. It is not possible here to give an overview of all the trials. Below are the main facts concerning the major trials of war criminals at Nuremberg.

The German armed forces surrendered unconditionally on 7-8 May 1945. The Allies (USA, Soviet Union, Great Britain and France) took over all governmental functions in Germany, instituted the Allied Control Council and divided Germany into four zones of occupation.

According to Articles 1-3 of the London Charter, war criminals with offenses having no particular geographical location were to be judged by the IMT. However in accordance with Articles 4 and 6 of the Convention, the principle of territoriality was to apply to the other German war criminals, with the courts of those states where crimes had been committed having the competence to try these criminals on the basis on their national laws.

Crimes within the jurisdiction of IMT:

The IMT was composed of four judges and four substitutes who were appointed by the four Allied powers (Article 2 IMT Statute). In application of Article 13 of the IMT Statute, the Tribunal drew up its own Rules of Procedure

The IMT indicted 24 people in total. The trials took place from 14 November 1945 until 1 October 1946. Twelve defendants were sentenced to death, three were acquitted and seven others were sentenced to prison terms ranging from 10 years to life imprisonment. In one case, the procedure was suspended for health reasons and in another the defendant committed suicide before his trial. 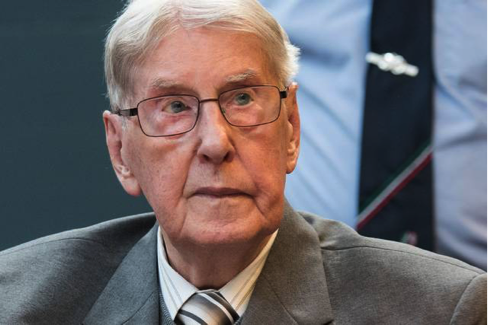 Fact Sheet
Name: Reinhold Hanning
Nationality: German
Charges: Genocide
Status: Sentenced; Dead
Judgement Place: Germany
Particulars: Sentenced to five years in prison on 17 June 2016 for aiding and abetting in the murder of at least 170,000 people between 1943 and 1944; He died on 1 June 2017.

Former Yugoslavia
Radomir Radovan Šušnjar, known as Lalco, was born in 1955 in Bosnia Herzegovina. He worked as a delivery driver for a bakery in the city of Višegrad before the war started. Šušnjar is suspected of participating in what has been called the “live bonfire” (“Živa lomača”) the burning alive of...
Trial Watch database

Syria
On 17 February 2013, the Canadian national Carl Campeau, who had been working as a legal adviser to the UN forces (UNDOF) in the Golan Heights, was abducted and detained near Damascus. The abduction was allegedly committed by the terrorist organization Jabhat al-Nusra, the al-Qaeda-linked ...
Trial Watch database

Democratic Republic of the Congo
Bosco Ntaganda was born on 5 November 1973 in Rwanda and later obtained Congolese citizenship. Throughout his life he fo...

Rwanda
Emmanuel Nteziryayo was born in 1963. He is a former mayor of the commune of Mudasomwa in Gikongoro province in Rwanda....