Several decades after the fall of Franco’s regime, numerous crimes of that era remain unpunished. The 1977 amnesty law still prevents victims and their relatives to access justice at domestic level. TRIAL International has focused its action on enforced disappearances, a crime widely used during and after the Civil War by Franco’s forces.

The Spanish Civil War (1936-1939) opposed the left-wing Republicans to the conservative Nationalists. After the latter’s victory, “Generalissimo” Franco ruled with an iron fist for almost four decades. During and after the war, political opponents, intellectuals, students and other dissenters were widely subjected to human rights abuse.

Enforced disappearances was a systematic practice by Franco’s loyalists. Women, as well as other groups, were particularly at risk of such violence, either to stifle their own activism, or in retaliation for their relatives’ political opinions.

What does TRIAL International do in Spain?

Spain has been under TRIAL’s scrutiny since 2013. That year, the organization issued a report to the United Nations denouncing the loopholes in Spanish laws on enforced disappearances. It was the first ever report on this crime relating to Spain, and the UN experts took most of the report’s recommendations into account.

In 2019, TRIAL International also submitted to the UN Human Rights Committee – in partnership with the NGO Women’s Link Worldwide – the first case against Spain. It represented the daughter and grand-daughter of two victims of enforced disappearances. Antonio Alomar Mas and Margalida Jaume Vandrel were taken away by Franco’s military police in 1936. Since then, Spain has done little to nothing to shed a light on their disappearance.

Spain
Facts Suleiman Al-Yusuf is a colonel in the Syrian army. He was one of the nine high-level Syrian members of the securi...
Universal jurisdiction database

Spain
Facts Jalal Al-Hayek is General in the Syrian army. He was one of the nine high-level Syrian members of the sec...
Universal jurisdiction database

Spain
Facts Mohammad Al-Hajj Ali is Major General in Syria. He was one of the nine high-level Syrian members of the security...
Universal jurisdiction database

Spain
Facts Mohamed Said Bekheitan is the Deputy Head of the ruling Baath Party in Syria. He was one of the nine high...
Universal jurisdiction database

Spain
Facts Faruq Al-Sharaa is the former Vice President of Syria. He was one of the nine high-level Syrian members of the se...
Universal jurisdiction database

Spain
Facts Mohammad Dib Zeitun is the Director of the General Intelligence Directorate in Syria. He was one of the nine high...
Universal jurisdiction database

Spain
Facts Abdul-Fattah Qudsiyeh is the Deputy Director of the National Security Bureau in Syria. He was one of the...
News releases

NGOs denounce Spain for drawing a veil over Franco-era crimes

El Salvador
Facts Juan Orlando Zepeda was born on 27 March 1943 in El Salvador. He is a former General of the Salvadoran armed forc... 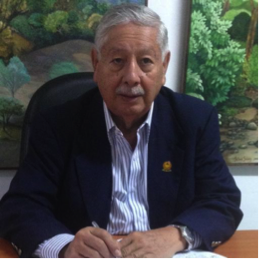 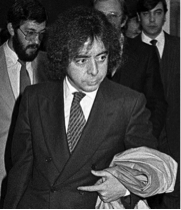 Guatemala
Facts Carlos Vielmann Montes was born in 1956. He was a Guatemalan politician and Minister of the Interior of Guatemala...