TRIAL: 20 years on the way to justice

TRIAL: 20 years on the way to justice

On June 6, 2002, twenty  human rights activists, lawyers and victims of torture gathered in an underground room at the Maison des associations in Geneva to launch TRIAL (Track Impunity Always as it was then called, until it took the name TRIAL International in 2016). 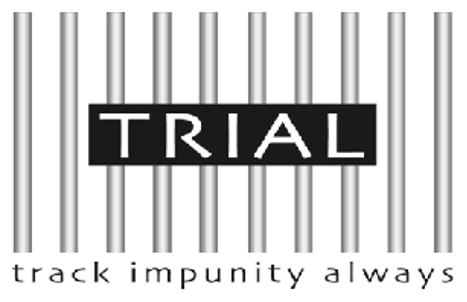 I was elected the first president of this new association, whose initial goal was to try to reproduce the famous Pinochet precedent, which in 1998 saw the former Chilean president arrested in London at the request of a Spanish judge, on charges of massive human rights violations committed during his reign. The initial idea was to launch a legal association that would use this precedent to lodge criminal complaints against torturers passing through or living in Switzerland.

Needless to say, it certainly did not occur to any of the people present that evening to imagine that 20 years later, the association would not only still exist, but would become, if not the principal, then at least one of the most effective and respected NGOs active in the fight against impunity. 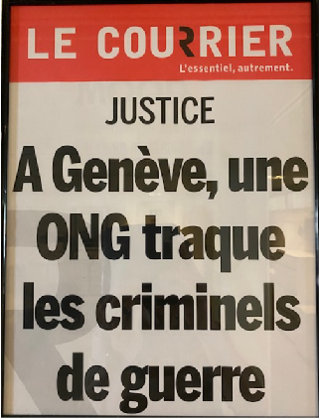 During its first five years of existence, with no real budget and no permanent staff, TRIAL nevertheless undertook multiple activities. In particular, in the early days, the association conducted information campaigns on recent developments in international justice. Apart from interested circles, international justice was still a relatively new idea, but an idea whose time had come: indeed, the International Criminal Court (ICC) would open its doors a few weeks after TRIAL’s creation (thus allowing us to boast that of the two, we are the more senior institution). 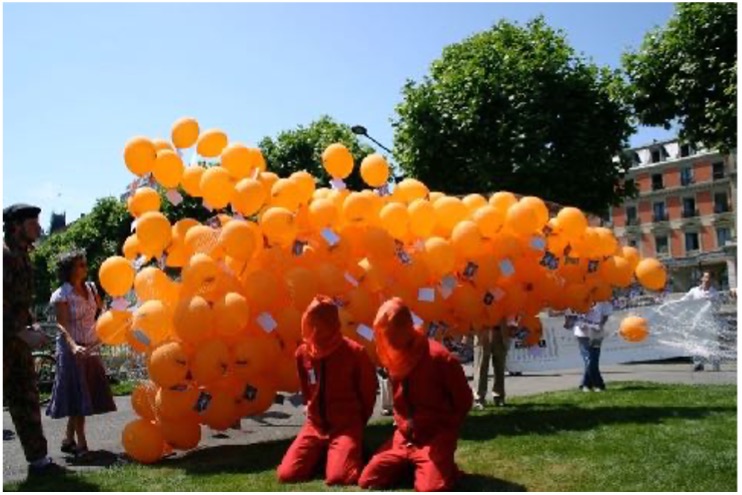 Among the first activities of the organisation were the creation of a website, which was quite a precursor at the time (it offered information in no less than… 7 languages, including a database, Trial Watch, which would in time allow access to more than 1200 international crimes proceedings), the organisation of several colloquiums, the preparation of numerous public happenings, and the publication of a first legal manual on how to use Swiss law to fight impunity. 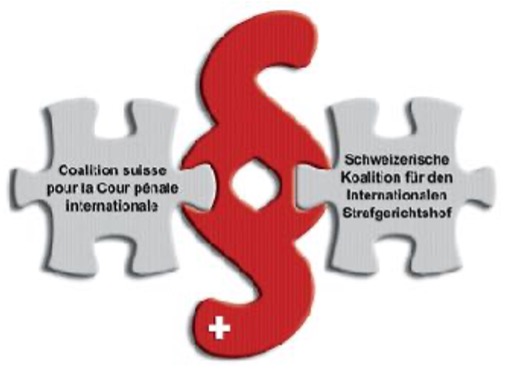 In the early years, we also launched the Swiss Coalition for the ICC, of which TRIAL was the secretariat for many years, and pushed for the implementation of the ICC Statute into Swiss law to make the prosecution of international crimes a little less complicated.

It was this early activism that earned us some recognition, including the human rights prize from the Geneva newspaper, Le Courrier, and later the prestigious “Genève reconnaissante” medal. 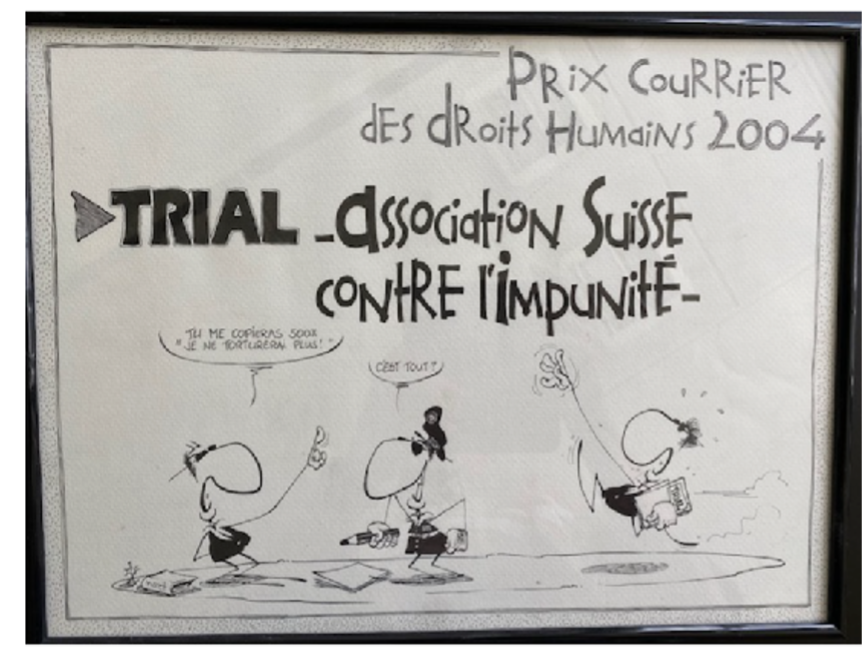 But obviously, it was the legal work that was most important to us, and the will to put ourselves at the service of the victims of the most serious crimes. Unfortunately, during the first years, despite the fact that we were able to locate in Switzerland a sizeable number of suspects from Tunisia, Algeria, Somalia or Afghanistan, the prosecuting authorities seemed to have little motivation to seriously open any criminal proceedings, which led us on some occasions to go as far as to demonstrate publicly in front of the hotel where a notorious torturer was staying.

Starting in 2007, the organisation began to secure some small funding, allowing us to finally hire staff. That year, I myself reduced my activities in the law firm where I was a partner, and started working for TRIAL part-time, before becoming fully involved in the organisation’s management in 2009, and thus putting an end to my law practice. 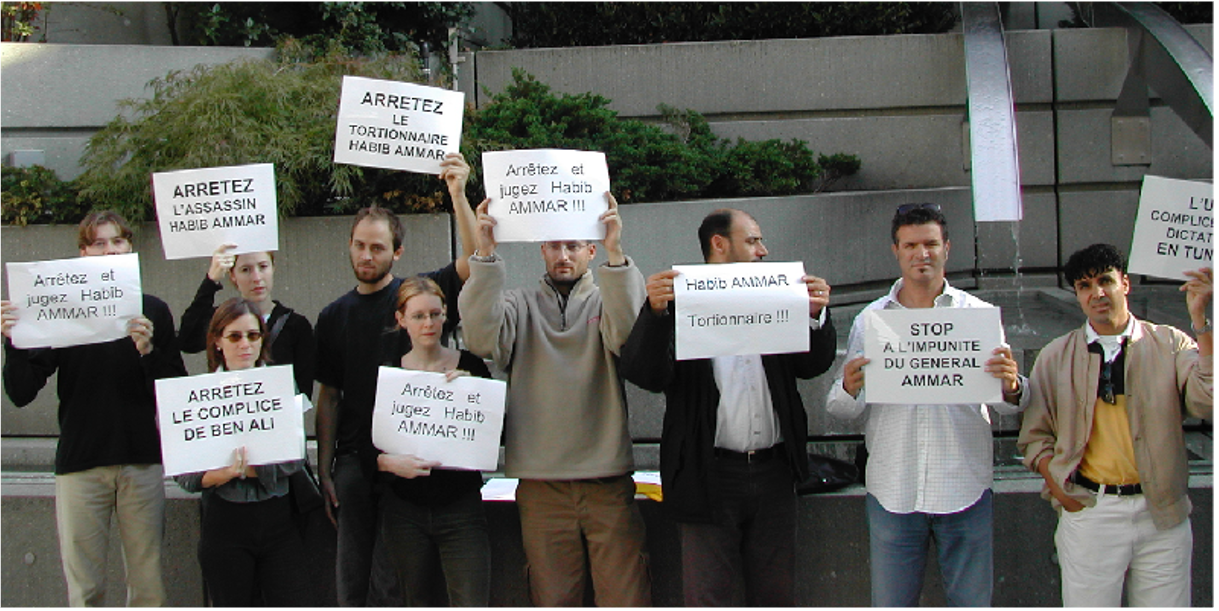 2007 was indeed a pivotal year: it was on that year that we inaugurated our first local branch, in Sarajevo (Bosnia and Herzegovina). The initial contacts we had made there with a number of victims’ associations convinced us that there was a huge lack of expertise and an overwhelming need for justice, still very much alive today. Reaching out to victims’ associations from all sides of the conflict, we first worked on the topic of missing persons, before investing a great deal of energy in the fight against conflict-related sexual violence, managing to obtain numerous and lasting results, by cooperating with prosecuting authorities, succeeding in getting legislative changes passed, but also accompanying victims during criminal proceedings, obtaining in the process extremely innovative jurisprudence, which have since paved the way for a whole series of trials. 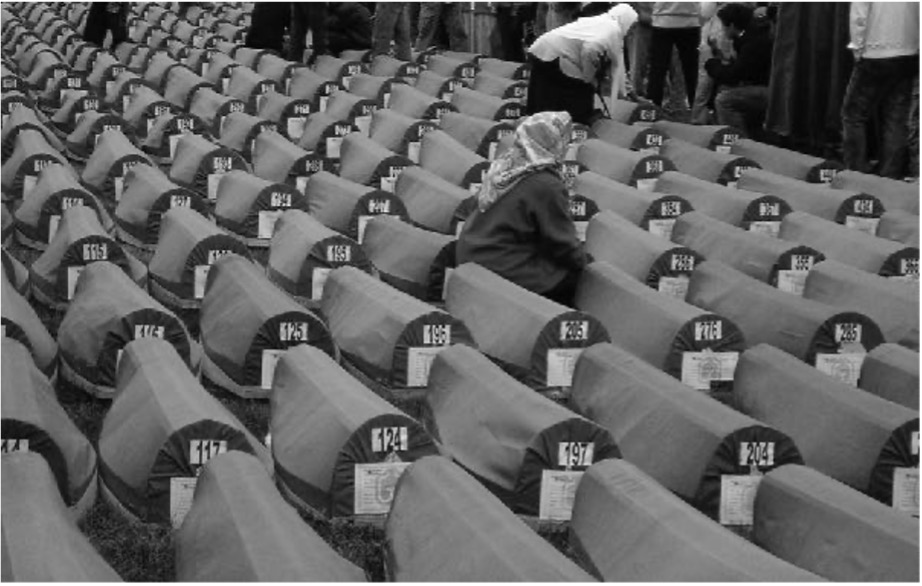 After Bosnia, we subsequently opened offices or country programs in Nepal, Burundi and the Democratic Republic of the Congo, hiring on the ground only professionals from the countries concerned, so that in due time, we could leave sufficient expertise on the field to take over when our mission came to an end. 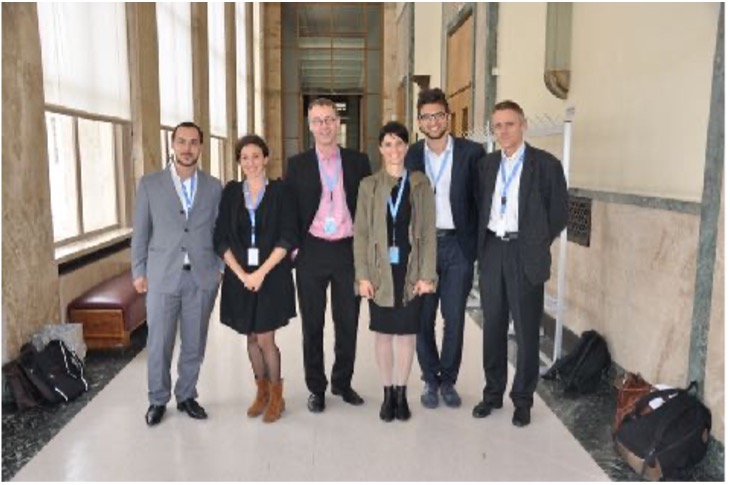 From then on, TRIAL’s activities and mode of operation changed considerably, as the fight for justice moved closer to the affected communities. A great effort was made to support and accompany multiple local actors, lawyers, human rights activists, as well as judges and prosecutors. At the same time, we developed a strong legal advocacy work, notably with the United Nations, and started to bring cases before national and international bodies, such as the European Court of Human Rights, the African Commission on Human and Peoples’ Rights and several UN committees.

In Switzerland, our efforts were directed towards advocating for the modification of the Criminal Code, at a time when the authorities have finally woken up to bringing Swiss law into conformity with the ICC Statute, and to get rid of legislative hurdles that made prosecutions complicated, if not outright impossible. This work has borne fruit, even if the authorities’ promises to set up a specialized unit to prosecute international crimes have for many years not resulted in the expected investigations and trials. 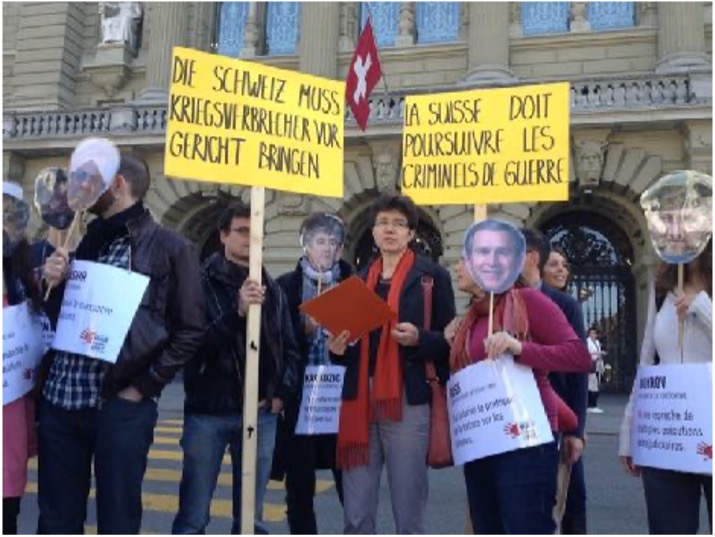 From 2011 onwards, TRIAL also began to professionalise the way in which it carried out its investigations: a growing number of cases would eventually soon take us to Guatemala, Rwanda, Colombia and elsewhere, leading to the filing of numerous criminal complaints in Switzerland, based on the principle of universal jurisdiction. In the field as well, in particular in the DRC and Bosnia, criminal proceedings would gradually unfold at an increasing pace, leading to more and more important results. The organisation eventually took part in dozens of proceedings, in Switzerland and abroad, which often concerned senior civilian or military officials, including several ministers, a former police chief, commanders of armed groups, and senior army officers.

These numerous legal victories will lead to an increased recognition of the credibility of the organisation, in particular its work as a precursor in the use of the principle of universal jurisdiction; its relentless action against conflict-related sexual violence; the obtaining of multiple innovative jurisprudences, before various national or international bodies; and its growing and impacting work on the issue of the corporate responsibility. 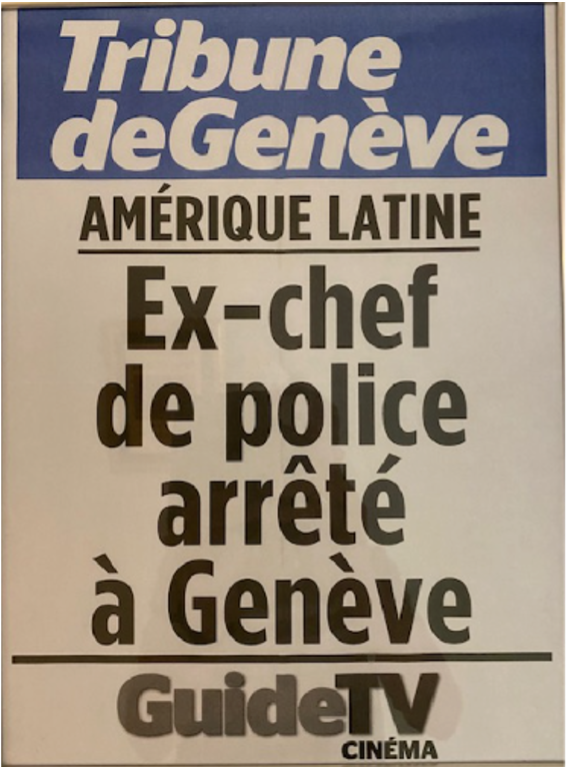 All of this has led TRIAL to be solicited for increasingly frequent interventions in the media, to be the object of a 2014 documentary («Chasseurs de crimes») and even to be offered the chance to intervene in 2019 before no less than the United Nations Security Council.

The impact of 20 years dedicated to the fight against impunity is difficult to summarise in a formula or through a single example. A few figures will perhaps allow, albeit imperfectly, to illustrate the path taken over the last 20 years and to highlight, or rather condense, the work of TRIAL International. 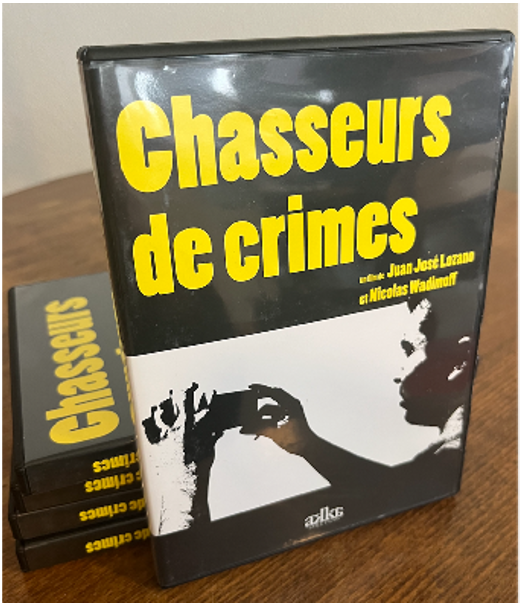 In 20 years, TRIAL International has:
– represented more than 6,600 victims before national and international courts, including more than 1,200 victims of conflict-related sexual violence
– trained or coached more than 2,400 lawyers, human rights activists and judges
– participated in nearly 50 criminal trials that resulted in guilty verdicts against 86 perpetrators, often high-ranking military, rebel group commanders, and high-ranking police officers
– obtained that hundreds of thousand, if not millions, of dollars in reparations are awarded to the victims we have defended
– obtained nearly 110 positive decisions in cases submitted to various UN bodies such as the Committee against Torture, the Human Rights Committee, and the Committee on the Elimination of Discrimination against Women, regarding international crimes committed in Bosnia, DRC, Tunisia, Burundi, Nepal, Libya, Mexico, Morocco, and Russia.

All these results, and so many others, are the result of a huge team effort.

TRIAL has been able to count on dozens of Board members, some of whom have been involved for 10 or 12 years (pictured here are some of the members in office in 2018).

Most importantly, the organisation’s work has relied on the personal commitment and professionalism of more than 200 colleagues and dozens of interns and volunteers.

Last but not least, during these 20 years, the organisation has been able to count on the trust and support of hundreds of members, donors and funders.

To all of them, to all of you, a huge thank you.

And a promise: the fight for justice continues!

Ukraine: legal avenues for survivors of sexual violence related to the war

Global
Why do sexual violence cases related to the war in Ukraine go underreported? What legal avenues and models of support ca...
News

War crime of Pillage: no more impunity for economic actors

The Gambia
Swiss authorities are willing to prosecute Swiss economic actors for war crime of pillage, according to an op-ed by Atto...
News releases

Global
The members of TRIAL International are invited to its General Assembly, thereby contributing to shaping the organization...
News releases