«Given their young age, repeating their story in court can be terrible.»

In South Kivu, where I have been working for more than four years, the atrocities committed by armed groups that proliferate in the region have no limits. Between rape, murder and torture, the militias also recruit child soldiers to do their dirty work. This has very serious consequences for the development of young victims and long-term repercussions, including suicidal tendencies.

My colleagues and I are fighting to ensure that these children are not doubly affected when criminal proceedings finally open against the perpetrators. Last September, during the trial of Chance Muhonya, the leader of one of these militias, the testimonies of the young victims were pre-recorded and then broadcasted during the hearing.

This innovative aspect is very important in view of the many post-traumatic disorders from which child soldiers suffer. Psychological follow-up is an integral part of our work and would not be possible without the support of donors such as you!

Thanks to you, young survivors of forced recruitment can make their voices heard. Your support allows them to testify without fear, to receive psychological counseling and to access justice.

In this festive season, synonymous with solidarity and kindness, you have a few days left double your donations until 16 December! Get involved now and allow your contributions to have twice as big of an impact on the lives of those who seek justice! 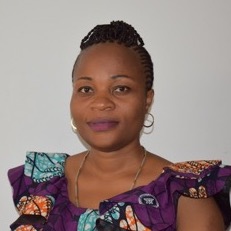 Ghislaine Bisimwa, TRIAL International’s Legal Advisor based in Bukavu, DRC
Sign up to our newsletter
Donate

Syria
On the 13th of December 2013, alerted of his presence in Switzerland, TRIAL International filed a criminal denunciation...

Algeria
Khaled Nezzar was the Minister of Defense in Algeria and a member of the High Council of State. In addition, he was cons...
Universal jurisdiction database

Sudan
Facts Lundin Petroleum is a Swedish oil company founded in 2001. It is one of Europe’s largest independent oil companie...
View All
©2023 trialinternational.org | All rights reserved | Privacy Policy | Statutes | Designed and Produced by ACW
We use cookies to ensure that we give you the best browsing experience on our website. If you continue to use this site we will assume that you are happy with it.OkPrivacy