Stop Pillage: What is looting?

The practice of pillage

Since the end of the Cold War, the illegal exploitation of natural resources has become a key source of funding for armed conflicts around the globe.

The trade in looted raw materials (gold, tungsten, coltane, diamonds, precious wood, etc.) has provided warring parties with the financial means to commit atrocities in some of the worst war zones in recent history, including:

The illicit trade in these raw materials depends on commercial actors (traders, companies, refineries) to purchase, transport, and market the illegally acquired resources. The involvement of these corporate actors enables the violence and perpetuation of human rights abuses.

International law condemns looting in the context of an armed conflict and considers pillage a war crime. Nevertheless, looting and the laundering of these illicitly obtained natural resources continue in numerous regions around the world.

Pillage will stop only when the corporate actors involved in this predatory economy are held accountable for their actions.

They are joining forces to advance the fight against the looting of natural resources in conflict zones. 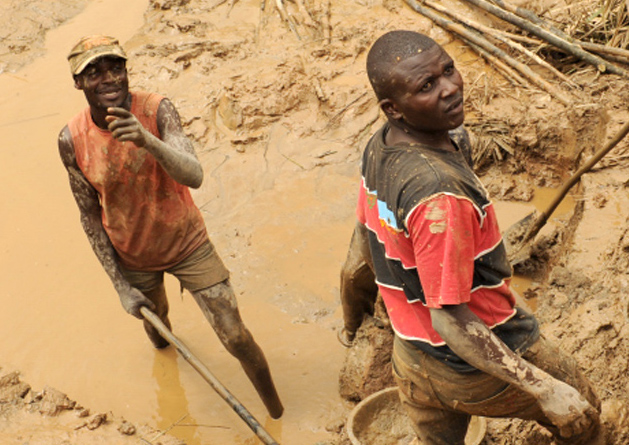 Switzerland
Geneva, Bern, 4 August 2011 The Society for Threatened Peoples (STP) and TRIAL – Swiss Association against Impunity – filed today a criminal complaint with the Federal Attorney General against the former Major General Jagath Dias for war crimes. Although the STP and TRIAL have invited t...
News

Bosnia & Herzegovina
The Constitutional Court of Bosnia and Herzegovina has dismissed the request for a review of the civil procedure laws on...

Democratic Republic of the Congo
Can videos taken with a smartphone help prosecute and punish mass crimes? This is the goal of the eyeWitness project; se...

Liberia
Emmanuelle Marchand is a Senior Legal Counsel and Investigator for the NGO Civitas Maxima. Like TRIAL International, it...

Italy
On 8 October 2016, air strikes launched by the coalition led by Saudi Arabia in Deir Al-Hajari, Yemen, killed six civilians. In the place of those strikes, a suspension lug manufactured by the RWM Italia S.p.A was found. Other remnants indicated use of a guided bomb. Testimonies of eye wit...
Trial Watch database

Syria
The brutal crackdown led by the Syrian regime against its civil society since March 2011 escalated in a conflict that caused more than 400’000 deaths, mainly of civilians. The crackdown also included innumerable arbitrary detentions, enforced disappearances, and cases of systematic torture...
Trial Watch database

Syria
Lafarge is a French company created in 1833 and considered as a global leader in construction material and as one of the major actors in cement, aggregates and concrete production. The company is present and active in 61 countries, including Syria. It merged with the Swiss Group Holcim in...
News