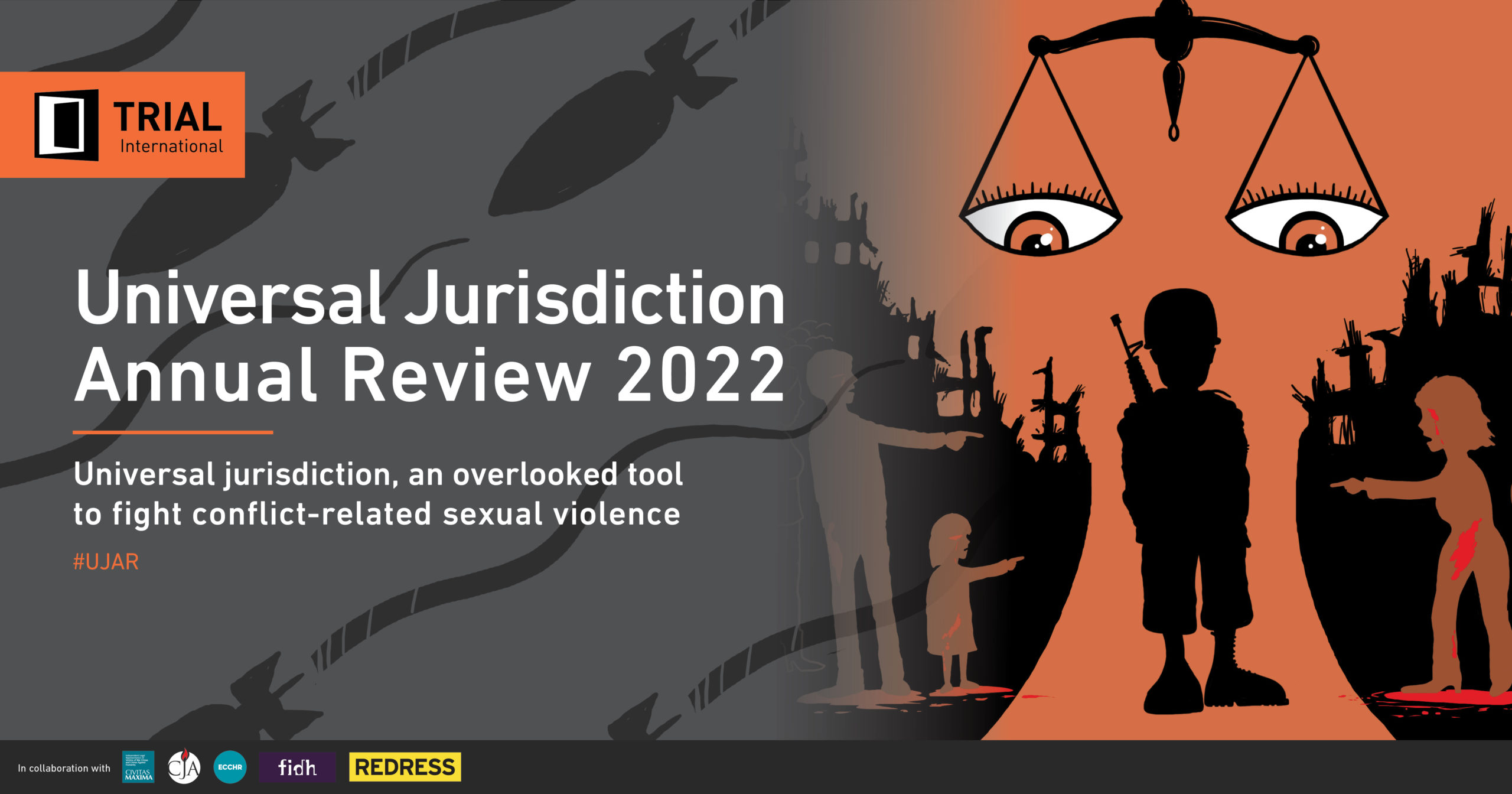 The UJAR 2022, released today, documents cases brought under universal jurisdiction for international crimes, including genocide, war crimes and crimes against humanity, for which proceedings have been initiated by judges or prosecutors across the planet and which have undergone developments in 2021. In total, 125 international criminal charges were brought under universal jurisdiction, including 34 charges for war crimes, 66 for crimes against humanity, 25 for genocide. Only 17 charges were brought for conflict-related sexual violence.

Whether it concerns crimes committed during the genocide in Rwanda, during the war in Syria, or even during the Jammeh era in The Gambia, domestic prosecuting authorities, thanks to universal jurisdiction, have an effective means at their disposal to ensure the accused face their actions, and thus allow the voices of the victims to be heard.

“Universal jurisdiction continues to gain ground. With 17 accused currently on trial and 15 people convicted, many States’ contribution to the fight against impunity for international crimes is also made possible, and in an ever more important way, through bringing these cases listed in the UJAR 2022“, explains Giulia Soldan, head of the International Investigations and Litigation program at TRIAL International. 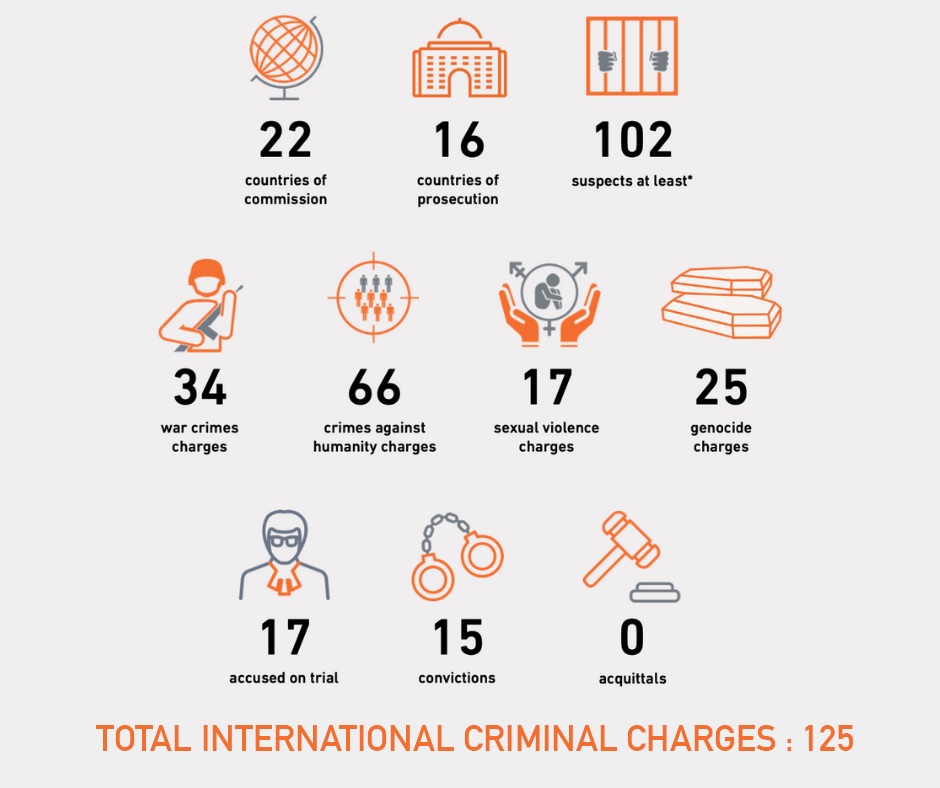 As a now established legal principle, with a recognized contribution to the fight against impunity, universal jurisdiction does not yet seem as effective in practice in regard to the prosecution of conflict-related sexual violence. After centuries of almost compete invisibility and neglect, sexual violence crimes – such as rape, forced sterilization and nudity, sexual slavery – are now increasingly documented and prosecuted. For example, in 2021, several cases related to universal jurisdiction included convictions for crimes of sexual violence, as seen in the verdicts against Syrian Colonel Anwar Raslan in Germany and Liberian warlord Alieu Kosiah in Switzerland.

Despite this progress, conflict-related sexual violence is still too rarely investigated and prosecuted in universal jurisdiction cases. This can be explained by several factors, including the fact that these crimes are often not integrated into investigative strategies and, when they are prosecuted, they have often been qualified as acts of torture. However, this legal qualification of sexual violence as acts of torture fails to fully reflect the implications of such violence as both a weapon of war and a deeply harmful social tactic which aims to weaken the social fabric of vulnerable communities. In addition, it should be noted that the testimonies of the victims are key to prosecuting these crimes. However, the risk of adding to the victims’ trauma and the stigmatization to which they expose themselves by testifying illustrate the need for specific training of judicial professionals to conduct these interviews.

“The consequences of sexual violence in times of conflict go far beyond the individual suffering of the victims. They affect entire communities, destroy family ties, inflict damage over several generations. The silence and impunity around these crimes must end,” says Valérie Paulet, Legal Consultant for TRIAL International.

The legal principle of universal jurisdiction is based on the idea that international crimes are of such a serious nature that they constitute an attack on all people and that the fight against impunity for those responsible for these crimes knows no geographical. Under this principle, States have the possibility (and sometimes even the obligation) to prosecute people accused of international crimes found on their sovereign land – wherever the crimes were committed and whatever the nationality of the perpetrators and the victims.

This publication has benefited from the generous support of the Oak Foundation, the Taiwan Foundation for Democracy, UKaid and the City of Geneva. It was compiled in collaboration with Civitas Maxima, CJA, ECCHR, FIDH and REDRESS. 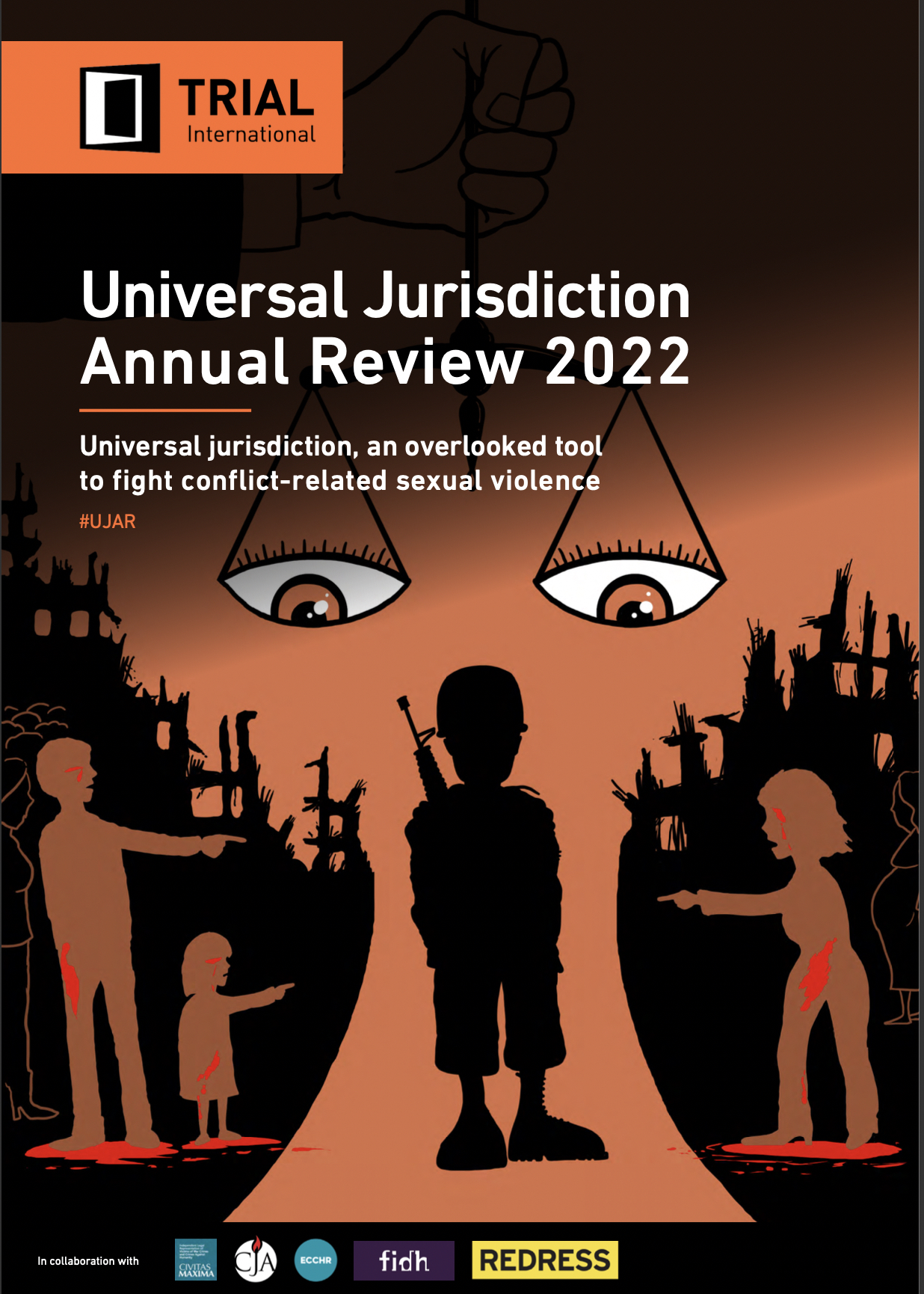 For more information on the report: