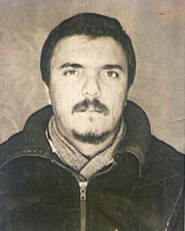 In May 2009, the Advocacy Center TRIAL (ACT) submitted an individual communication to the United Nations Human Rights Committee in the name of Mouni Aouali, Feryale Faraoun et Fatiha Bouregba on behalf of their husband, father and son, Farid Faraoun.

This is the thirteenth application submitted against Algeria by ACT.

On 11 February 1997, Farid Faraoun was arbitrarily arrested at his home by security agents of wilaya de Sidi-Bel-Abbes, who acted in the context of vast police operation. His family has not seem him since.

The day after the arrest of Mr. Faraoud, his spouse and his children were expulsed from their home by the police forces, and their home was immediately and entirely demolished.

In the following months, his family learned from various sources that Farid Faraoun had been tortured, injured and that he had been seen in two military hospitals. Since then, the family was not able to localise him anymore nor to establish any contact with him, despite all efforts. Neither did the authorities open an inquiry, nor could any information on the whereabouts of Farid Faraoun be obtained.

The UN Human Rights Committee is asked to declare that Algeria violated fundamental human rights of Mr. Faraoun as well as those of his family and that redress ought to be offered for such breaches. The victims also ask that an investigation be undertaken into these alleged violations and that efforts be undertaken to bring those responsible to justice.

The Gambia
The indictment in the United States on 11 June 2020 of an alleged former Gambian “death squad” member on torture charges...

Global
Following recent attacks on the International Criminal Court (ICC), the Coalition for the ICC called on all State Partie...

Two Syrian officers of the regime face trial: "A historic step towards justice"

Global
A message from Philip Grant, Executive Director   Dear friends, In the last few weeks, our everyday life has...