Syria: Justice for the Hama massacre

Exactly 39 years ago, Syrian armed forces began besieging the city of Hama as a retaliation for an attempted uprising by the Muslim Brotherhood. In little less than a month in February 1982, the troops of Hafez al-Assad carried out a full-scale massacre that cost the lives of tens of thousands of people, most of them civilians. Rifaat al-Assad, brother of the President, who was leading the Defense Brigades, has been denying his involvment in these events ever since. The Office of the Attorney General of Switzerland has been investigating Rifaat al-Assad for war crimes since December 2013, following a criminal complaint filed by TRIAL International.

But how can the former leader of the Syrian Defense Brigades be prosecuted in Switzerland for crimes committed in his home country? How can he still be under investigation despite the fact that the crimes go back almost forty years? What are the challenges faced when dealing with investigations and proceedings of such a scale? And what can the survivors of the massacre and the relatives of the victims of Hama hope for? TRIAL International is organizing an online conference to try to answer these questions on 22 February 2021 at 5:00 pm (CET).

Alongside Jennifer Triscone, legal advisor and investigator in charge of the case against Rifaat al-Assad, who will explain the proceedings in Switzerland, the investigation of the case and its difficulties, Syrian lawyer Anwar al-Bounni will discuss the importance of this event for Syrians and draw a parallel with the current struggles in Syria. The panel will be completed by Chanez Mensous of the French NGO Sherpa, a plaintiff in the lawsuit brought in France against Rifaat al-Assad for financial crimes.

The webinar will be held on Zoom and broadcasted on Facebook live. A simultaneous English/Arabic translation is also available. To participate, please register here. A link to access the webinar will be sent to you a few days before the event. 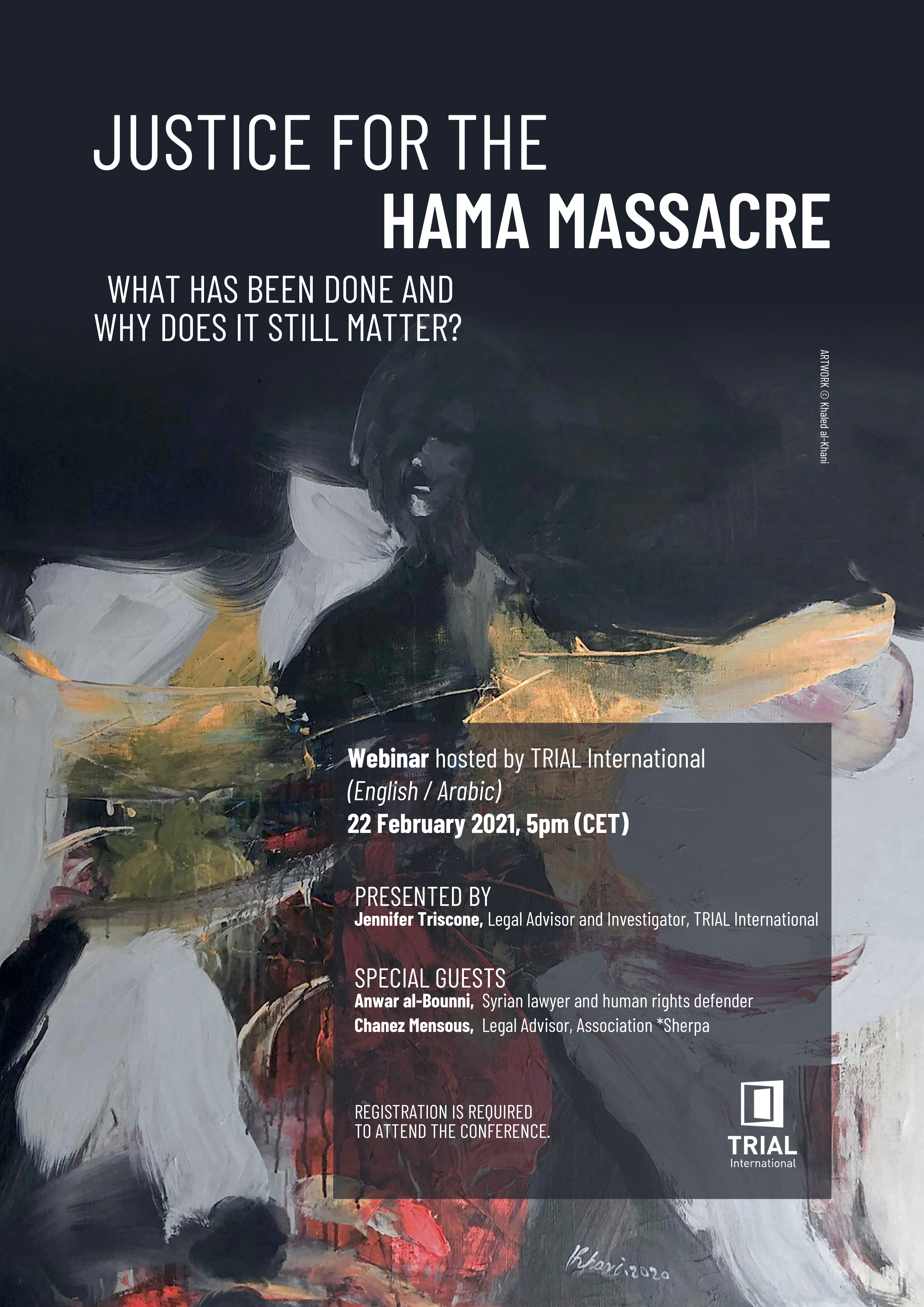