Spain must do much more to implement its international obligations concerning enforced disappearance, says TRIAL in its report to the United Nations (UN).

TRIAL is submitting a report to the UN Committee on Enforced Disappearances(CED) on the measures to be taken by Spain to implement its international obligations.

The NGO points out that Spanish legislation does not yet comply with the International Convention for the Protection of All Persons from Enforced Disappearance. In particular, Spain does not:

“The existing pitfalls in Spanish legislation hinder the prevention of enforced disappearance in the country. Several practical and legislative obstacles hamper the investigation on tens of thousands of enforced disappearances occurred during the Civil War and under the Franco regime. Spain also fails to cooperate and provide legal assistance to other States willing to sanction those responsible“, says Gabriella Citroni, TRIAL’s Senior Legal Advisor.

The scope of universal jurisdiction over crimes under international law has also been restricted by recent amendments in Spanish domestic legislation. While impunity still prevails, Spain also tries to avoid the scrutiny of the CED by alleging its lack of competence on these matters.

“The CED must consider that enforced disappearance is an offence that lasts until the fate and whereabouts of the disappeared are established. The CED must therefore evaluate the effectiveness of the measures adopted by Spain also on enforced disappearances that commenced before the entry into force of the Convention, but are still ongoing“, adds Gabriella Citroni, challenging the Spanish interpretation of the Convention.

The CED will consider the report submitted by Spain and the alternative reports received from civil society organizations during its 5th session from 4 to 15 November 2013 and present its conclusions and recommendations shortly afterwards.

Nepal’s legislation on sexual violence is insufficient and poorly implemented

Nepal
TRIAL International and its partner in Kathmandu, the Human Rights and Justice Centre (HRJC), have submitted a detailed...

Guatemala
While Erwin Sperisen was Chief of the National Civil Police (PNC) in Guatemala, numerous crimes were committed by the se...
News

Sexual violence: stigma at all levels

Bosnia & Herzegovina
What could a Serbian grandmother, a Congolese child and a former beauty queen from The Gambia possibly have in common? A...

"TRIAL's professionalism is crucial for victims to trust its staff"

Global
Robert Bachmann is a Human Security Advisor at the Swiss Embassy in Kinshasa (DRC). In the framework of Switzerland’s co... 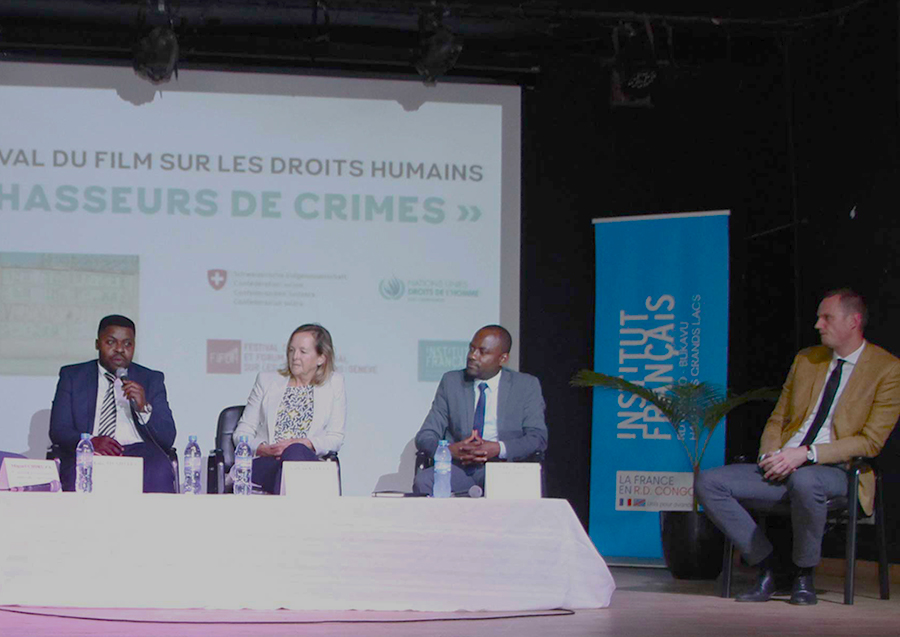