Habib AMMAR must be arrested and judged in Geneva!

From 1984 to 1987, General Habib AMMAR was Commander of the Tunisian National Guard. In November 1987, after the coup, he was designated Minister of the Interior, a post which he held for many years. 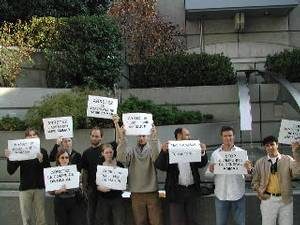 On 17 September 2003, TRIAL (Track Impunity Always) and the OMCT (World Organisation Against Torture) filed criminal charges against General Habib AMMAR with the Attorney General of the canton of Geneva, for acts of torture.

According to a number of human rights organisations, General Habib AMMAR was responsible for the generalised recourse to torture in Tunisia in the 80’s.

As stated by the OMCT, “The use of torture was widespread in police establishments that were under his control, as the Commander of the Tunisian National Guard, from 1984 to 1987. Examples of the notorious torture centres of the time include: the National Guard headquarters at the Aouina barracks, the centres in Ariana, Tadhamoun City and Douar Hicher. In 1986, General Habib Ammar created the special services’ national directorate, known as the “Research and Investigations” services (abhath wa taftich). These were based in the Aouina barracks and were used to subject hundreds of persons to torture, most of whom were political opponents to the Bourguiba regime and demonstrators. Witness accounts have brought to light the particularly violent nature of the methods used by the members of the security services at this location. General Habib Ammar is alleged to have closely followed developments in a number of investigations carried out by these services and to have been present during several of the interrogations carried out at this location.” (Press release of 10 September 2003).

During his term as Minister of the Interior, the Ministry’s facilities were transformed into a detention and torture centre. The torture methods employed by the security services and the police force during this period were particularly brutal, resulting in death and long lasting effects to the health of the victims, some of whom have sought refuge in Switzerland.

Two victims have joined in the criminal complaint by demanding that General Habib AMMAR be arrested.

On Friday afternoon however, the Office of the Attorney General made it known that it intended to shelve the criminal complaints which had been lodged. No written motivation has yet been provided.

TRIAL is deeply disappointed by the lack of courage displayed by the authorities of Geneva. Such inaction is a grave violation of the Torture Convention, which Switzerland has ratified. Article 6 of said Convention clearly states that “any State Party in whose territory a person alleged to have committed any offence referred to in article 4 [ namely: torture and its attempt, complicity and participation ] is present, shall take him into custody or take other legal measures to ensure his presence”.

The Attorney General’s refusal to act constitutes not only a violation of Switzerland’s international obligations, but also a blow to torture victims in Tunisia.

“That the Tunisian authorities should fail to institute proceedings against the regime’s torturers is one thing. But that a country such as Switzerland, mindful of human rights, should remain inactive in the face of torture, in violation of signed treaties, is particularly shocking” says Mr. Philip GRANT, President of TRIAL. 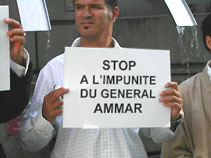 Impunity feeds off silence and the passivity of the judicial authorities. “It shall only recede if all democratic countries take it into their hands to charge, try and sentence torturers such as General Habib AMMAR”, added Mr. GRANT. A public protest against the authorities’ inaction was held Saturday morning in front of the hotel where – according to the latest information – General Habib AMMAR was still lodging, just a few steps away from the Palais Wilson, headquarters of the Office of the United Nations High Commissioner for Human Rights.

UJAR 2021: the impact of coronavirus on universal jurisdiction

Global
The year 2020 will remain in memories, by and large, as a period unlike any other. The covid-19 pandemic has turned arou...

Global
With developments seen in more than 60 cases across 16 jurisdictions, the year 2021 highlights the growing importance of...

Global
Facts According to the arrest warrant, Mouafak Al D. fired a grenade from an anti-tank weapon into a crowd of p...
View All
©2022 trialinternational.org | All rights reserved | Privacy Policy | Statutes | Designed and Produced by ACW