« Now he is a convicted criminal, I transferred my burden to him. You are the victim now, and I am the victor. »

More than 20,000 women and men were raped or sexually abused in Bosnia & Herzegovina during the war that took place from 1992 till 1995. Some survivors, like Semka Agic, have seen their torturers condemned for their acts, but how many still request justice? You can help them.

I would like to salute the courage and determination of the victims in search for justice. They dare to break the silence and testify. They endure lengthy procedures and attempts at stigmatization. They confront their torturers and once the verdict is pronounced, they still fight to obtain the reparations due.

What gives them the strength to continue? The prospect of obtaining justice: that the culprits are held accountable and that their suffering be recognized. As for Semka Agic, may the burden of shame change sides, a crucial step to be able to rebuild.

Access to justice changes lives. Your donation helps the survivors of wartime sexual violence in their quest for justice. On this international day of solidarity, every donation matters and, thanks to two of our loyal donors, all your donations will be doubled from today on and until 16 December!

Together, let’s build a world where impunity no longer has a place to exist. 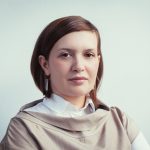 Selma Korjenic, Head of the Bosnia & Herzegovina Program and active in the Sarajevo office of TRIAL International for 11 years.

Bosnia & Herzegovina
In Bosnia and Herzegovina, in the Democratic Republic of the Congo, and during so many other conflicts, sexual violence...

Legislation Pertaining to Children Born of War in Bosnia and Herzegovina: A Resounding ...

Bosnia & Herzegovina
On 14 July 2022, Brčko District of Bosnia and Herzegovina (BDBiH) passed a law on civilian victims of war, wi...

[VIDEO] Ukraine: legal avenues for survivors of sexual violence related to the war

Global
[ VIDEO] Why do sexual violence cases related to the war in Ukraine go underreported? What legal avenues and models of s...
Cases

Bosnia and Herzegovina : 30 years since the beginning of the war, survivors of conflict...

Bosnia & Herzegovina
“It took me a long time to get my voice, now that I have it, I won’t keep quiet” Survivor of conflict-related sexual v...

Nepal
The case In March 2015 TRIAL submitted a communication to the Human Rights Committee on behalf of Ms. Devi Maya Nepal (...
Cases

Democratic Republic of the Congo
The case of seven women whose rapists were convicted in 2011 epitomizes the gap between a guilty verdict and truly satis...
View All
©2023 trialinternational.org | All rights reserved | Privacy Policy | Statutes | Designed and Produced by ACW
We use cookies to ensure that we give you the best browsing experience on our website. If you continue to use this site we will assume that you are happy with it.OkPrivacy