On November 29th, Swiss citizens will be called to the polls. They will notably be asked to vote on the Responsible Business Initiative. Launched five years ago, the Initiative calls for Switzerland to adopt rules ensuring that companies – including those operating abroad – respect internationally recognized human rights and environmental standards. At present, the responsibility of companies involved in human rights violations or environmental damage lies in a legal grey area.

TRIAL International has repeatedly addressed cases involving companies in its fight against impunity. In nearly eighteen years of existence, the NGO has been exposing the dubious actions of multinationals in several African countries and in the Middle East, causing serious consequences on the people of the concerned countries. It has filed several criminal complaints against these companies in Switzerland. In several of these cases, the legal framework turned out to be too vague, and TRIAL International’s lawyers had to be flexible in order for the cases to be admitted. Here is a brief review of three landmark cases that have been raised by the organization. 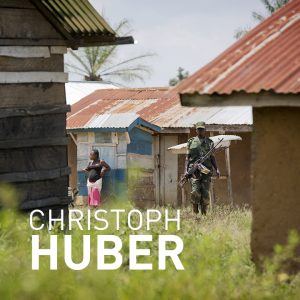 TRIAL International is in favor of more binding regulations with regard to protection of human rights and the environment for Swiss companies operating abroad, especially in conflict situations or in the context of serious human rights violations. The organization therefore supports the call for a better regulation of Swiss based multinationals’ activities. A better defined legal framework would remove the grey areas in which most abuses are committed.

The organization is also convinced that such regulation can only be of benefit to the Swiss economy. Indeed, Swiss companies would thus guarantee exemplary respect for human rights and the environment, which may also turn out to be a strong argument for their business partners.

TRIAL International therefore invites all eligible voters in Switzerland to accept the text of the Responsible Business Initiative.

Syria
Facts Lafarge is a French company created in 1833 and considered as a global leader in construction material and as one...
News releases

Syria
Facts The brutal crackdown led by the Syrian regime against its civil society since March 2011 escalated in a conflict...
Opinions

Global
A message from Philip Grant, Executive Director   Dear friends, The year 2020 has been unsettling in numerou...

Can the exploitation of the Congolese subsoil amount to a war crime?

Democratic Republic of the Congo
Did Swiss businessman Christoph Huber commit pillage – a war crime under international law – by purchasing minerals from...

Bulldozers and war crimes: How do we control what exported goods are used for?

Switzerland
In November 2013, for the first time in its history, TRIAL International initiated proceedings against a company before...