The Advocacy Center – TRIAL (ACT) has submitted an individual communication to the UN Committee against Torture, in the case of Djilali HANAFI, who was tortured to death by Algerian police forces. 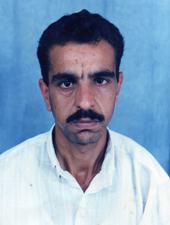 In April 2008, the Advocacy Center – TRIAL (ACT) submitted on behalf of Djilali HANAFI’s brother an individual communication to the United Nations Committee Against Torture.

Mr. Djilali HANAFI was arrested on November 1, 1998 by policemen of the Mechraa Sfa brigade. He spent two days in detention, during which he was subjected to extremely severe acts of torture, which resulted in his death shortly after his release, on November 4, 1998.

The victim’s family has under numerous occasions asked the competent authorities to investigate the case and offer credible information about the causes of Djilali HANAFI’s death. The victim’s family also asked to obtain, without success, a copy of the autopsy report.

The ACT requests the Committee Against Torture to declare that Algeria violated the fundamental rights of Mr. Djilali HANAFI because of the torture inflicted upon him and because of the lack of investigation of the case. As a result, redress should be granted to his family.