Algeria: without news from her son since 1993 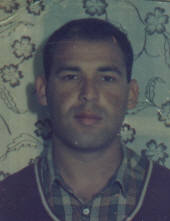 At the beginning of March 2009, the Advocacy Center – TRIAL (ACT) submitted an individual communication to the United Nations Human Rights Committee in the name of Rabiha Mihoubi on behalf of her son, Nour-Eddine Mihoubi.

This is the twelfth application submitted against Algeria by ACT.

During the afternoon of January 27, 1993, Nour-Eddine Mihoubi was with his brother, Hocine Mihoubi, at his home when they were arbitrarily arrested by members of the Algerian police. Hocine was released the next day but Nour-Eddine remained in custody. His family has not seen him since.

Despite Rahiba Mihoubi’s repeated pleas for information and the fact that the assistant prosecutor of Bou Saâda explicitly recognised that the local police force had arrested Nour-Eddine, the Algerian authorities have refused to provide any information on him.

The Human Rights Committee is asked to declare that Algeria violated fundamental human rights of Nour.Eddine Mihoubi as well as those of Rabiha Mihoubi and her family and that they ought to be compensated for such breaches. The victims also ask that an investigation be undertaken into these alleged violations and that efforts be deployed to bring those responsible to justice.

Global
Following recent attacks on the International Criminal Court (ICC), the Coalition for the ICC called on all State Partie...

Two Syrian officers of the regime face trial: "A historic step towards justice"