Under its mandate, the United Nations Working Group on Enforced or Involuntary Disappearances (UNWGEID) can transmit to the governments concerned a summary of allegations received from relatives of disappeared people and NGOs with regards to obstacles encountered in the implementation of the 1992 UN Declaration on the Protection of All Persons from Enforced Disappearance, inviting them to comment thereon if they so wish.

At the end (1996) of the armed conflict that marked the struggle for independence of Bosnia and Herzegovina (BiH), between 25,000 and 30,000 people were reported as “missing”. Almost 15 years have passed, and about 13,000 people remain disappeared to date, while their relatives endure a permanent state of anguish, frustration, distress and uncertainty. 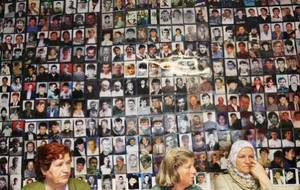 In the past, the UNWGEID closely followed the situation of disappeared people in BiH. However, from 2000, the issue was basically left to domestic authorities and to initiatives undertaken by other actors working in the field. Some exhumations have been carried out and a number of legislative initiatives have been undertaken. Nevertheless, significant obstacles to the full implementation by BiH of the 1992 Declaration remain and should be addressed, as the rights of victims of enforced disappearance and their relatives continue to be impaired.

TRIAL (through it’s Advocacy Center) submits to the UNWGEID a general allegation about the existing obstacles to the implementation of 1992 Declaration in BiH, requesting the Group to transmit the allegations to the government, inviting it to comment thereon and to undertake all necessary measures to address existing problems.

In particular, TRIAL analyzes the existing legal framework on enforced disappearances as well as the administrative and judicial initiatives undertaken by BiH and their compatibility with the 1992 Declaration. Accordingly, TRIAL appeals to the UNWGEID to:

a) call on BiH to take all necessary measures to ensure the right to know the truth of relatives of disappeared people, to investigate the cause and circumstances of the disappearance, as well as to provide information relating the burial sites, to locate, respect and return the mortal remains;

b) evaluate the compatibility of the Law on Missing Persons (2004) with Article 3 of the 1992 Declaration, which establishes that States shall adopt effective legislative, administrative, judicial or other measures to prevent and terminate acts of enforced disappearance in any territory under its jurisdiction; 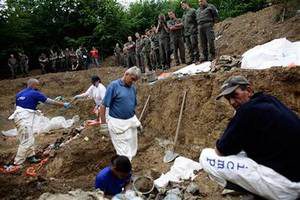 c) call on BiH to implement without delay all the provisions of the Law on Missing Persons (in particular those concerning the setting up of the Central Records of Missing Persons in BiH and the creation of the Fund for Missing Persons to provide financial and medical assistance to relatives of disappeared people);

d) evaluate the compatibility of Bosnian Criminal Code with the requirements of Article 4 of the 1992 Declaration and to remind Bosnian authorities that the crime of enforced disappearance shall be an offence and included in criminal law as an autonomous crime, and not incorporated in domestic legislation as part of other offences or only if committed as a part of a widespread and systematic practice directed against any civilian population;

e) evaluate the compatibility of Bosnian Criminal Code with the requirements of Article 18 of the 1992 Declaration, which establishes that persons who have or are alleged to have committed an enforced disappearance shall not benefit from any special amnesty law or similar measures that might have the effect of exempting them from any criminal proceedings or sanction;

f) remind Bosnian authorities that the crime of enforced disappearance is ongoing and shall not be subjected to statutes of limitations for criminal proceedings until the fate and whereabouts of the disappeared person are established with certainty;

g) evaluate the compatibility of the “declaration of death” of victims of enforced disappearance with the requirements of the 1992 Declaration and to remind to BiH that the continuous nature of the crime of enforced disappearance has direct consequences on the impossibility to apply statutes of limitation to criminal proceedings and on the right to know the truth and to obtain integral reparation of the relatives, as well as on the obligation of the State to continue the relevant investigations;

h) remind BiH of its ongoing obligation to carry out a thorough, prompt, impartial and independent investigation over cases of enforced disappearance; and to identify, judge and sanction those responsible, as established under Articles 3, 5, 9, 13 and 14 of the 1992 Declaration;

i) evaluate whether the present lack of implementation of the decisions on disappeared people delivered by the Constitutional Court of BiH and the inactivity of the Prosecutor’s Office are compatible with Articles 3, 5, 9, 13 and 14 of the 1992 Declaration;

j) remind to BiH that, under Article 13.5 of the 1992 Declaration it shall take all necessary steps to ensure that any ill-treatment, intimidation or reprisal or any other form of interference on the occasion of the lodging of a complaint or during the investigation procedure over cases of enforced disappearance is appropriately punished;

k) evaluate the compatibility of the measures adopted by BiH with Article 19 of the 1992 Declaration which provides that the victims of acts of enforced disappearance and their family shall obtain redress and shall have the right to adequate compensation, including the means for as complete a rehabilitation as possible; and

l) remind to BiH that the right to obtain integral reparation must be granted without any further delay and shall not be treated as a welfare tool and shall not be subjected to the condition of not having received other forms of financial support.

Finally, TRIAL suggests that a country visit of the UNWGEID to BiH would greatly contribute to maintaining the subject of enforced disappearances on the agenda, until relatives of disappeared people are granted their rights to justice, truth and integral reparation. Therefore, TRIAL requests the UNWGEID to solicit an invitation to carry out such visit to the government of BiH.

Burundi
Since April 2015, Burundi is the scene of a massive increase in violence. Severe violations of human rights are regularl...

Burundi
In Burundi, opposition to President Pierre Nkurunziza’s bid for a third mandate was met with repression across the coun...

Nepal
The case Arrest, enforced disappearance and torture in April 2011 Mr. Pandey, a Nepalese citizen from Teraï, was arb...
View All
©2020 trialinternational.org | All rights reserved | Disclaimer | Statutes | Designed and Produced by ACW