Putting faces on the loved ones of disappeared persons

A young girl, whose father was reduced to a picture on a mobile phone, a woman who wonders where the love of her life is, a son staring at the vastness of the sea that seems to have swallowed his father… Jason Florio’s photographs provide a powerful look at the emptiness left behind by victims of enforced disappearances, who have been torn away from their loved ones. His portraits illustrate this inhumane practice, which will be marked on 30 August, the International Day of the Victims of Enforced Disappearances, in a different yet complementary way to the work of TRIAL International.

“It was better to know the worst, whatever it was, than to be left in this hideous uncertainty.” Many loved ones of disappeared persons will undoubtedly recognize themselves in this quote by Oscar Wilde. The families of victims often balance between hope and disillusionment, which is nothing short of psychological torture.

It’s not uncommon for States to do away with bothersome individuals and ensure their grip on the people by threatening them of sudden disappearance. Enforced disappearances are a grave violation of human rights, especially when widespread and carried out systematically. They are considered a crime against humanity. Since 2010, the International Convention for the Protection of All Persons from Enforced Disappearance (ICPED) has engaged the responsibility of signatory States in the fight against enforced disappearances on their territory. The Convention specifically guarantees victims the right to know the truth about the fate of disappeared persons and to obtain justice and redress. 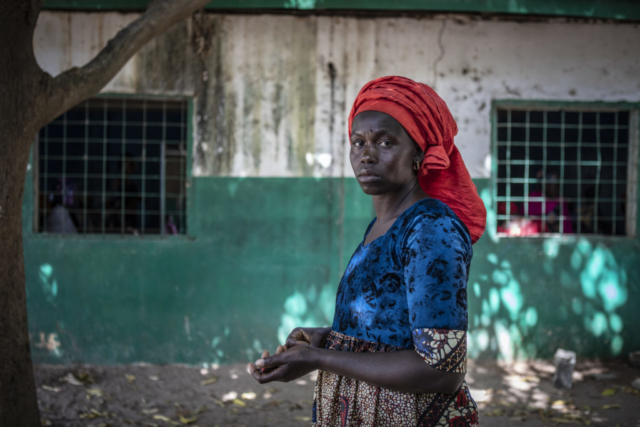 In the course of its work, TRIAL International has met with many relatives of people who have been detained without trace or abducted, and it has supported their pursuit of justice. The organization is committed to helping them find out what happened to their loved ones, and to bring to justice those responsible for their suffering — including in Mexico, Nepal and in The Gambia. During an investigation into the massacre in The Gambia of more than 50 West African migrants in 2005, the organization gathered evidence from families of the disappeared persons, as well as of the one known survivor. Around the same time, the photographer Jason Florio was working on the same topic. His photography provides an additional perspective, in the sense that his images embody the people whose stories TRIAL International has been collecting, and depict the emptiness that enforced disappearances continue to create.

Jason Florio’s portraits place the subjects in their environment. He offers a compassionate insight into the intimate lives of these people, whose disappeared loved ones now only exist through photographs or items that once belonged to them.