The case of Djillali Larbi submitted to the United Nations Human Rights Committee. 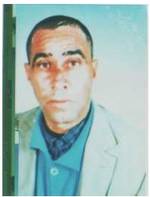 It is the tenth individual communication brought by the ACT against Algeria.

Djillali Larbi disappeared on 14 June 1994, three weeks after being arrested by the Algerian police in the village of Mechraa Sfa. After being detained in different nearby police stations, he was transferred to an unknown place, and his family has heard nothing concerning his fate ever since.

All the initiatives taken by Djillali Larbi’s relatives were to no avail, and the Algerian authorities did not undertake any investigation into his whereabouts. Moreover, his family is today legally deprived of its right of access to justice, as complaints for forced disappearances against members of Algerian security forces are prohibited.

The ACT requests the Human Rights Committee to demand the liberation of Djillali Larbi, to declare that Algeria violated the fundamental rights of both Djillali Larbi and his son, and that, as a result, redress should be granted.

For more information on this case, see here.

Burundi
In partnership with over 50 NGOs, TRIAL International co-signed a letter to the Permanent Representatives of Member and...
News releases

France
FACTS In 2007, AMESYS signed a contract with the government of Libya to provide surveillance technologies for the purpo...
Cases

«I will not rest until I have my father’s body to bury.»

The Gambia
Words from Isaac Mensah, son of Peter Mensah, one of the 56 West African migrants killed in 2005   While the Unit...

Nepal
The case In March 2015 TRIAL submitted a communication to the Human Rights Committee on behalf of Ms. Devi Maya Nepal (...
Opinions

«I say that I have given up, but deep down I still hope for his return.»