What are extrajudicial executions?

Life is the first and most fundamental right of individuals, without which no other right can be upheld. Extrajudicial executions are a violation of this right, designating the deliberate killing of an individual by a State agent (or with their consent) without a previous judgment affording all judicial guarantees, such as a fair and unbiased procedure.

The State has the obligation to promote and protect the right to life, and to prosecute the perpetrators. Unfortunately, the United Nations reports a rising number of “targeted killings” committed by States, often in response to terrorist threats: there is an increasing need to fight the practice of extrajudicial executions.

In the context of an armed conflict and under certain circumstances, extrajudicial executions can be considered a war crime. They may also amount to genocide or crime against humanity in specific contexts and if they are part of a collective practice.

The right to life is protected by a number of international treaties, in particular: 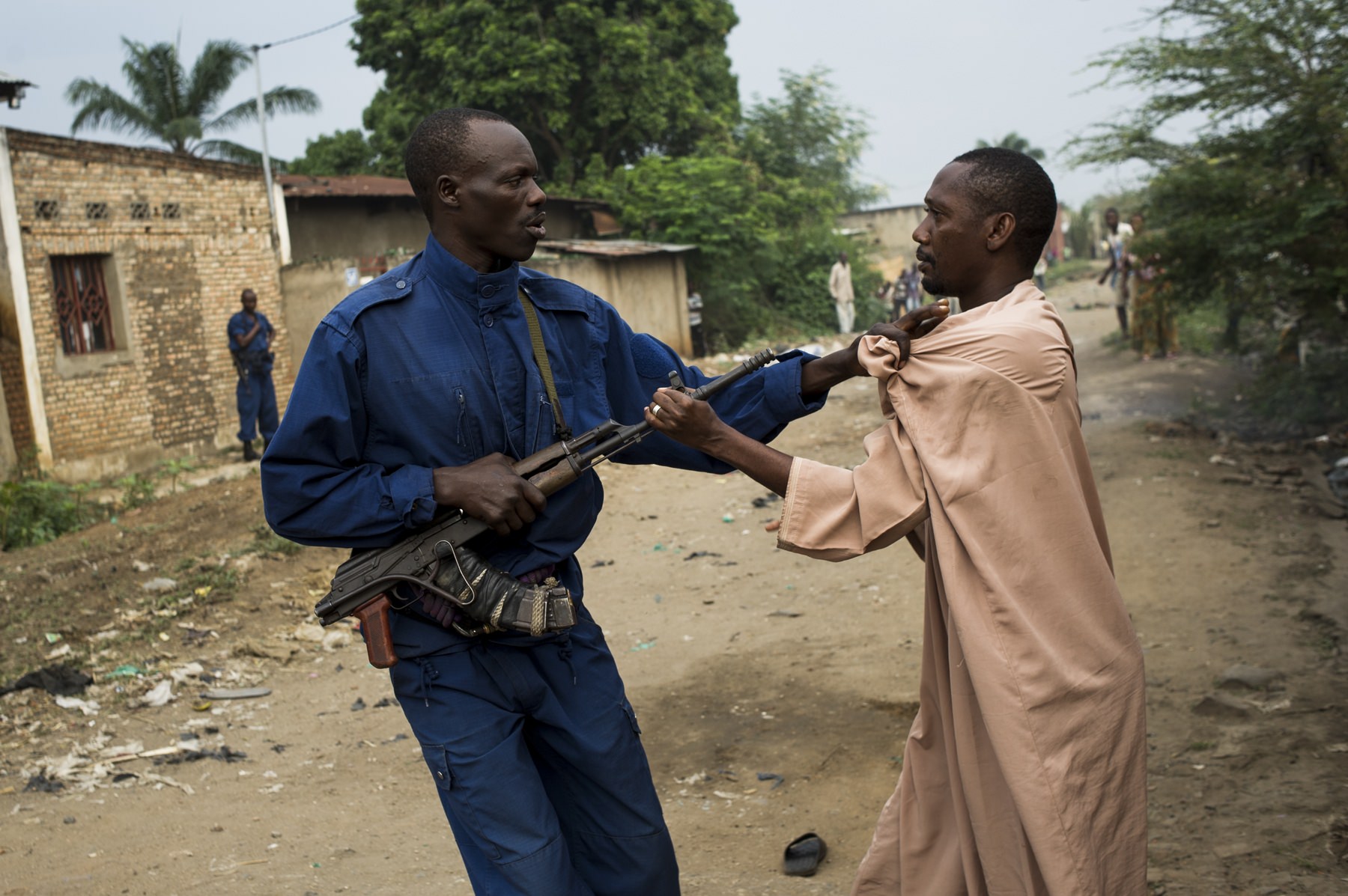 Many states continue to tolerate criminals on their territory, while countless victims relatives still await. TRIAL International also advocates and domestic and international level to end impunity for extrajudicial executions.

TRIAL International represents victims before regional and international bodies, such as the African Commission of Human and People’s Rights and the Human Rights Committee. The organization also pushes for the implementation of decisions at national level, asking that victims receive reparation and guarantees of non-repetition.

Encouraging the prosecution of perpetrators

Nepal
United Nations recognizes Nepal’s responsibility on the torture and extra-judicial killing of a minor in 2004 Will the...
News

Algeria
Did Switzerland miss a historic opportunity to judge a potential war criminal? It has been ten years to the day since TR...
News releases

The Gambia: UN says perpetrators of Jammeh-era crimes "must be brought to justice"

The Gambia
The United Nations Working Group on Enforced Disappearances supports prosecution of crimes committed during the presiden...
News

Putting faces on the loved ones of disappeared persons

The Gambia
A young girl, whose father was reduced to a picture on a mobile phone, a woman who wonders where the love of her life is...
News releases

The Gambia: ex-president tied to the killing of 59 migrants

The Gambia
The session of the Truth, Reconciliation and Reparations Commission on the massacre of 59 migrants from eight West Afric...
News releases

The Gambia
A Nigerian man whose brother was among about 59 West African migrants killed in The Gambia in 2005 by a paramilitary uni...
News

Gambia: 2005 massacre of migrants under the scrutiny of the TRRC

The Gambia
The Gambia’s Truth, Reconciliation, and Reparations Commission (TRRC) will hold hearings at its current session which be...
News

Condemnation of two Imbonerakure, an encouraging sign in Burundi?

Burundi
TRIAL International welcomes the condemnation on appeal of two Imbonerakure for the murder of an opposition party member...
Cases

Extrajudicial execution of a member of the opposition party in Nepal

Nepal
Mr. Rohit Koirala, aged around 32 years, was a resident of Sunsari, an eastern district of Nepal. A vocal advocate again...
News

Virtual exhibition: "The Duty to Remember"

Switzerland
Remembrance is an essential step in the transitional justice process. With this in mind, the NGO ANEKED has created "The...
Universal jurisdiction database

Equatorial Guinea
Contrary to the other cases of the universal jurisdiction database, TRIAL International is actively involved in this cas...
Cases

Equatorial Guinea
Facts Yahya Jammeh was born in 1969 in Kanilai in Gambia. In 1984, he entered gendarmerie and gradually made his way to...
View All
©2023 trialinternational.org | All rights reserved | Privacy Policy | Statutes | Designed and Produced by ACW
We use cookies to ensure that we give you the best browsing experience on our website. If you continue to use this site we will assume that you are happy with it.OkPrivacy